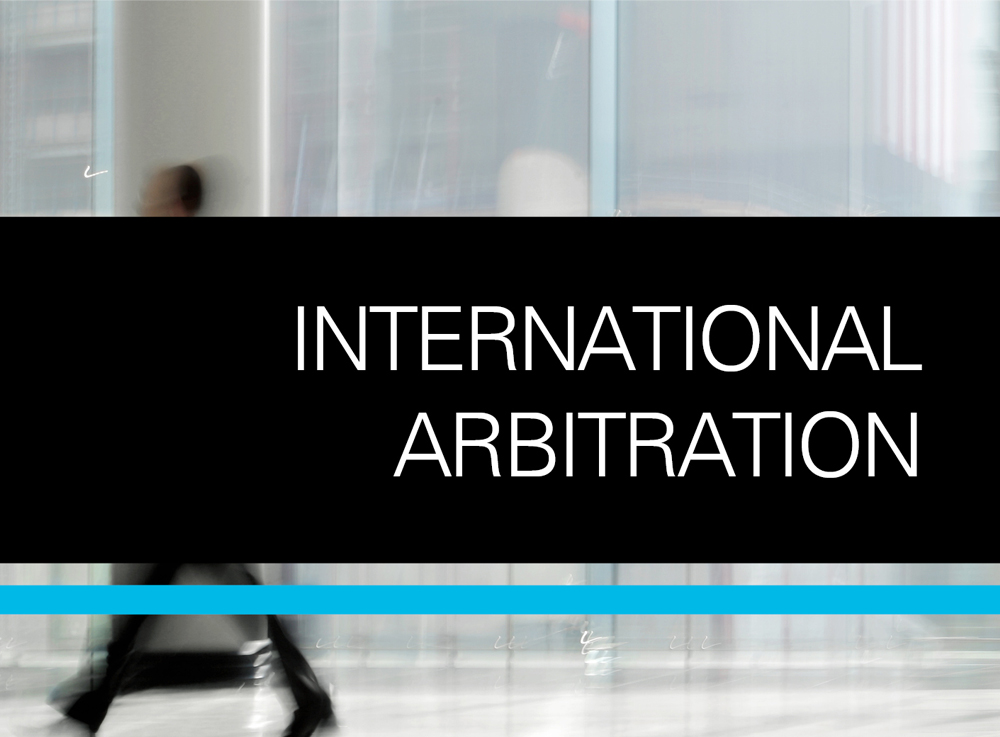 Rahman’s Chambers is one of the leading firm for local and international arbitration and legal services. The Chambers acted as local counsel in a number of international arbitration including institutional arbitration took place under LCIA, GMAA and ICC rule.  We also acted as local counsel and provided legal, factual and documentary support for international arbitration taking place outside Bangladesh e.g. LMAA, SIAC etc and also helped client with enforcement proceedings in Bangladesh. The Chambers and Partners 2022 Asia Pacific ranked Rahman’s Chambers for Dispute Resolution. Their editorial states: “Rahman’s Chambers houses a well-regarded litigation practice in Bangladesh with significant experience in construction disputes. Possesses additional experience in land, banking and insolvency issues. Also assists clients with arbitration proceedings.” They also added “‘One source states: ‘Their solution-based and customer-oriented approach is enormously helpful in reaching the best solution.’ Another client reports that the team is ‘very fast in taking the necessary steps.’”

“Additionally has a recognised practice in such areas as business formation, projects and energy, real estate and employment matters.” Rahman’s Chambers has been ranked for Dispute Resolution for the very first time, in addition to being consecutively ranked for Corporate & Finance.

“Another interviewee reports: “I have a high-level opinion of them, with one of their strengths being a commitment to delivering on time.”

Rahman’s Chambers has been ranked for “Shipping”. “Offers further capabilities in international trade and commercial litigation”

“Their response times are excellent and they make you feel generally very well informed.” 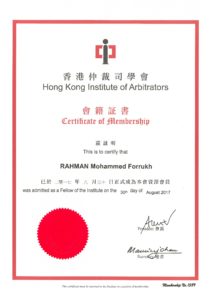 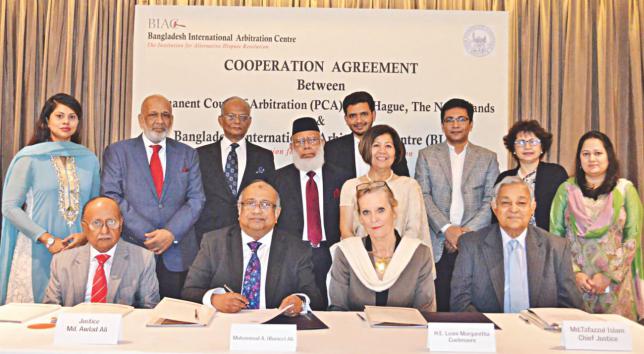 Due to the increase of volumes of trade & investment and cross-border transactions involving Bangladesh, cross-border agreements are being signed with popular arbitration clauses of ICC, SIAC, HKIAC, ICSID, etc. where the sit for arbitration commonly outside of Bangladesh. The country is witnessing the visible growth of its related service industries. International Arbitration is one such service sector currently in demand. In any International disputes, where one of the Parties are from India, Pakistan, or Bangladesh, it is always advantageous for the Parties as well as the institutions in question, to have Arbitrators who are well versed and have an understanding of the language, culture and special needs of the Parties involved. A party-appointed Arbitrator is always better served if the Arbitrator is appointed from the same region. Our International department mostly composed of lawyers from ADR, Land & Tribunals team providing services to our local and international clients for international arbitration.

Investment arbitration allows foreign investors to resolve their disputes in Investor-State Dispute Settlement (ISDS) between the host States, thereby allowing them to be able to bypass national jurisdictions that might be perceived to be biased or to lack independence and resolve disputes in accordance to the different protections guaranteed under international treaties. Bangladesh is a member state of various International Investment Agreements (IIA’s), including Bilateral Investment Treaties (BIT’s) as well as Free Trade Agreements (FTA’s) and multilateral agreements.

As an emerging powerhouse in international trade, much of Bangladesh’s economic growth continues to be driven by exports from the $28.0 billion ready-made garments (RMG) industry and continued remittance inflows from expatriate labor in fiscal year (FY) 2019-20. Other important sectors include construction, Information and Communication Technology (ICT) and business process outsourcing, light engineering, leather products, jute products, and ceramic products.

Compliances with the legal and regulatory frameworks, policies of international trade are important to ensure that markets function properly and to avoid any disputes related to tariffs, subsidies, quotas, payment, delivery of goods and servies etc. between parties.

Bangladesh, in this era of globalization, has been experiencing a rapid rise in its skyline and industrial prowess in term of its ever expanding infrastructures on a large scale, in both Public and Commercial Projects. Usually in major Construction & Engineering projects for eg. in the RMG, Shipping, Power Projects, there are usually other additional contracts, documents, agreements with third parties (sub-contractors, O&M operators, engineers, architects etc) in addition to the main, which generally form, wholly or in part of the dispute between the main contracting parties, in addition to other various probable reasons to dispute, including but not limited to issues pertaining to contract delays, extension, variations etc.

For lawyers and in-house counsels, it may not needed, however, we found clients do struggle to understand regulation of international arbitration. Below the composition and role of institutes are highlighted. We have also briefly discussed funding and enforcement mechanism for better understanding of our clients, prospective clients.

For international arbitration, SAARC Arbitration Council (SARCO) is now becoming more popular among the SAARC member states. It is an inter-governmental body mandated to provide a legal framework/forum within the region for fair and efficient settlement of commercial, industrial, trade, banking, investment, and such other disputes, as may be referred to it by the member states and their people. It is formed by signing an agreement among the member states during the Thirteenth SAARC Summit held in Dhaka on 12-13 November 2005. Express ICSID arbitration clause is often found in contracts signed between foreign investors and Government or any Government agency. Particularly in investment agreements, Bangladesh is a signatory to the ICSID Convention to provide guarantees & standard protection to foreign investors. Further, a number of bilateral treaties with different countries expressly agreed to resolve disputes with ICSID. 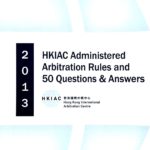 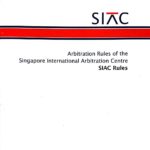 Singapore International Arbitration Center (SIAC) is the most popular Arbitration center in the Asia Pacific region. Singapore as a host nation has earned its reputation for neutrality and speedy disposal of cases pending before its Courts arising from International Arbitration. Same as HKIAC, the SIAC arbitration clause is also quite popular in Bangladesh due to the geographical  proximity of the country and ease of access by business travelers, parties even within Bangladesh prefer to choose SIAC as a venue for resolving disputes. 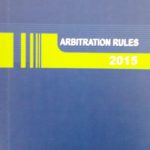 The volume of trade between Bangladesh and China has increased in recent years, not only in the garment sector but also in infrastructure, development etc. for example, bridge, power plant, embankment, construction etc. Due to the preference of our Chinese clients, nowadays, China International Economic and Trade Arbitration Commission (CIETAC) clause is prevalent in cross-border transactions between Bangladesh and China. The International Centre for Dispute Resolution (ICDR) is the international division of the American Arbitration Association (AAA) and the world’s leading provider of dispute resolution services to businesses in matters involving cross-border transactions. The ICDR was created over 20 years ago so that parties could have use of the top-quality service platform of the AAA with a separate international operational structure that includes rules. For ICDR international arbitrations, US remains the most popular host country, and New York the most popular seat.

Besides, several association like INTERNATIONAL COTTON ASSOCIATION, FOSFA, PORUM has their own rules.

The United Nations Commission on International Trade Laws (UNCITRAL) is quite popular amongst Arbitration when it comes down to ADHOC Arbitration. The Rules comprehensively deals with the appointment of Arbitrator, arbitration proceeding in such a manner which suits the needs of the Parties who are not interested in Institutional Arbitration, for e.g.: State Party.

For local arbitration, the Arbitration Act, 2001 of Bangladesh is the most vital and popularly used as an Arbitration clause. Under the Act for selecting arbitrator, parties need to go to District Court which is a time consuming procedure. Arbitration Act also provides for challenging the arbitration award and also enforcement mechanism.

We have also briefly discussed funding and enforcement mechanism for better understanding of our clients, prospective clients. In Bangladeshi context, third-party funding for arbitrators’ fee & other expenses of the arbitration proceeding has the potential of gaining popularity.

Third Party funding companies conduct their own evaluation on the merit of the case and may decide whether they will fund or not in international arbitration. For international arbitration seats in Singapore and Hong Kong chambers at the request of the parties may open a discussion with third-party funding institutions if necessary irrespective of the origin of the parties accordingly which also includes Bangladesh. 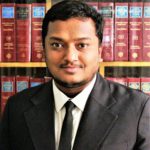