Rahman’s Chambers, with its in-depth knowledge and resources combined with experience of our lawyers in both public and private international law,  is the first choice for clients such as sovereign states, MNCs, international organizations, specialized bodies formed under Treaty for international law matters involving Bangladesh. We have advised clients on LDC graduation and related international laws, on multilateral, regional and bilateral treaties involving issues like taxation, investment, trade etc. Over the years, our Firm has adopted a wide Clientele from all sectors worldwide including but not limited to a Fortune500 listed company to International Shipping Conglomerates, providing assistance in complex international Bi/ Multi-Lateral Treaty matters and related matters. Chambers and Partners Global guide 2022 ranked us for our international works for consecutive 5 years.

“Additionally has a recognised practice in such areas as business formation, projects and energy, real estate and employment matters.”

Our experiences are as follows:

International law, also known as public international law and law of nations,[1] is the set of rules, norms, and standards generally accepted in relations between nations.[2][3] It establishes normative guidelines and a common conceptual framework to guide states across a broad range of domains, including war, diplomacy, trade, and human rights. International law aims at the practice of stable, consistent, and organized international relations.[4]

The sources of international law include international custom (general state practice accepted as law), treaties, and general principles of law recognized by most national legal systems. International law may also be reflected in international comity, the practices and customs adopted by states to maintain good relations and mutual recognition, such as saluting the flag of a foreign ship or enforcing a foreign legal judgment.

International law differs from state-based legal systems in that it is primarily—though not exclusively—applicable to countries, rather than to individuals, and operates largely through consent, since there is no universally accepted authority to enforce it upon sovereign states. Consequently, states may choose to not abide by international law, and even to break a treaty.[5] However, such violations, particularly of customary international law and peremptory norms (jus cogens), can be met with coercive action, ranging from military intervention to diplomatic and economic pressure.

Conflict of laws (also called private international law) is the set of rules or laws a jurisdiction applies to a case, transaction, or other occurrence that has connections to more than one jurisdiction.[1] This body of law deals with three broad topics: jurisdiction, rules regarding when it is appropriate for a court to hear such a case; foreign judgments, dealing with the rules by which a court in one jurisdiction mandates compliance with a ruling of a court in another jurisdiction; and choice of law, which addresses the question of which substantive laws will be applied in such a case.[2] These issues can arise in any private-law context,[3] but they are especially prevalent in contract law[4] and tort law.[5]

The bulk of ICJ cases deal with questions of sovereignty, maritime delimitation, diplomatic relations, and border disputes. For a state, the most obvious way to express its support for the ICJ is via signing the optional clause, which signifies that a state has recognized the ICJ’s compulsory jurisdiction. The legal design of the ICJ has, since its origins, leaned heavily on Western conceptions of law, embraced by civil and common legal traditions. Islamic law states did not participate in the creation of the Court. As a result, the ICJ structure and procedures differ considerably from faith-based Islamic law. Even there are some variation within the Islamic law tradition and demonstrate that under some conditions, Islamic law states are open to international adjudication.  Source- “Islamic law and International law” by Emilia Justyna Powell 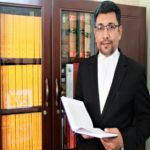