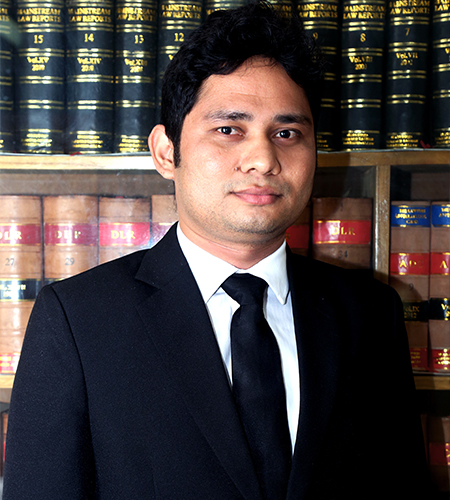 The Junior Associate, ADR & Tribunal Team is a vital member of the team. He/she plays an important role in drafting several pleadings under guidance of Head of the Chambers & other senior members of the team for most ADR and Tribunals matters. He/she plays a terrific role in maintaining ADR & Tribunal schedule in Chambers encrypted calendar accessible by members. The person also prepares the monthly statement of of pending work for client for both ADR and tribunals matters and liaise with clients and rest of the members of the team from time to time.

Mr. Roy completed his LLB from University of Asia Pacific & post graduation from Jagannath University. He has successfully completed his mini pupillage from July 2016 to October 2016. Therefore he joined the firm as Junior Associate on January 2017. As Junior Associate of the ADR & Tribunals Team Mr. Roy maintains ADR Schedule. Besides, he helped in the following matters: Drafting Statement of Claim, Drafting Written Statement & Drafting Witness Statement etc for ADR matters and several applications, letter, pleadings etc for Tribunals.

Mr. Roy is a sincere member of the team. He has ability to learn very quickly. Since joining as a Junior Associate Mr. Roy has contributed in the Firm’s ADR & Mediation Practice. He certainly has skills and understanding required for ADR process. He has successfully dealt the matters as follows: