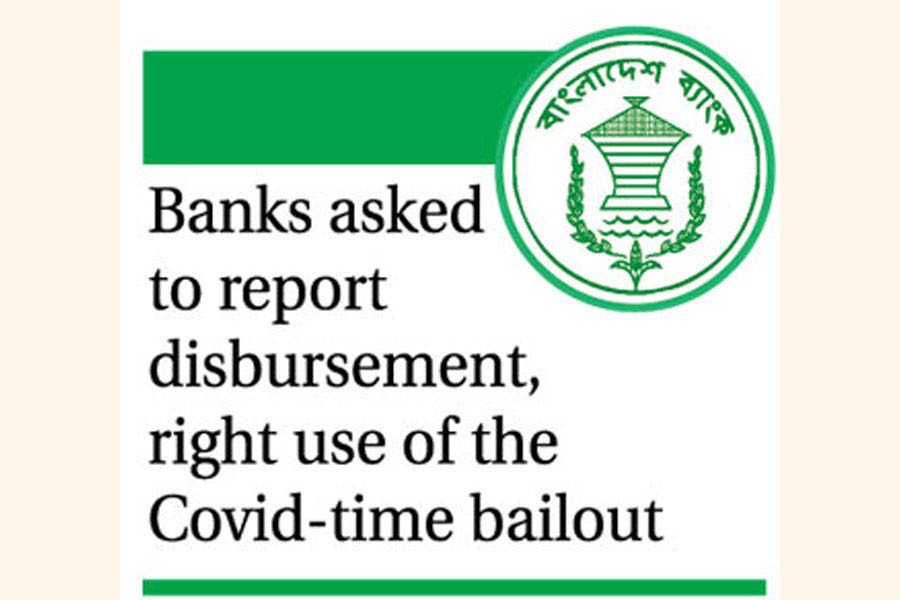 Probe into stimulus loans has helped the Central Bank to find many unproductive usages of the funds that were used in the packages. Apart from that, officials of eight departments of Banking Inspection (DBI) of the central bank along with its branch offices have been directed to conduct a special inspection into the lending operations across the country after getting the bank statements of the borrowers.

Bangladesh Bank has asked the private banks to send the details of the borrowers who got loans under the governments’ covid stimulus packages. As per the statement of a senior officer at the central bank, the bank has provided only five working days to the banks to send details of the loan disbursement.

In Sunday, the decisions were made at a high-level meeting of the central bank at its headquarters in Dhaka where the DBI was included to take the responsibility. BB Deputy Governor Kazi Sayedur Rahman was also present.

A spokesperson for the central bank told the financial express that they had taken measures to ensure the end-use of subsidized loans as per their policy.

Mr. Islam, also a BB Executive Director, ensured that the officials concerned at DBI across the country had already been asked to get ready for the oversights function countrywide. Although the inspection has still been postponed till the receiving of the statements from the banks.

The central bank’s latest moves came against the misuse or diversion of the funds into unproductive sectors. The funds were solely provided by the government amid the corona pandemic in April 2020. It was provided for businesses and households to counterweight the adversities that hit hard during the pandemic. A large amount of financial bailout worth TK 400 billion was introduced for the industries and service sectors.

As per the policy, the packages will be continued for three years from the last April with borrowers enjoying subsidy at 4.50 percent for a maximum of one year while the rest of the interest will be paid by the government as interest subsidy to the banks concerned.

Furthermore, the Bangladesh bank has also announced another stimulus package worth Tk 200 billion for the cottage, micro, small and medium enterprises (CMSME)s on the same grounds.

For the right use of the funds, the commercial banks have also been instructed to ensure systemic lending and proper inspections by their internal audit departments.