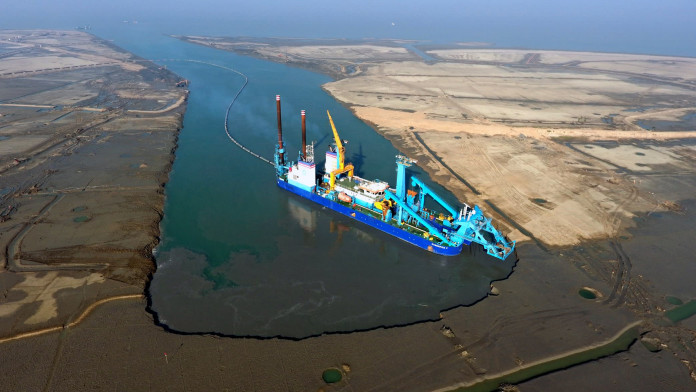 [Source: The Financial Express] The Matarbari power plant project was conceived in the government plan in September 2011 and received environmental approval in October 2013. The ground-breaking ceremony for the project was held in January 2018 as its operation is expected to begin by June 2023.

Officials said a new deep-sea port facility named Matarbari Port would be developed for importing the coal required for the power plant which will include a 760m-long container and a multi-purpose terminal.

The port terminal will include a fuel berth, fuel transportation facility, and two coal-handling jetties. The channel length will be 14km, while the width 250m and the maximum depth approximately 18.5m.

Some 30 per cent construction work on the 1200MW Matarbari coal-fired power plant was completed as of July last as Coal Power Generation Company Bangladesh Limited (CPGCBL), the implementing agency, has a target to complete the most expensive scheme by June 2023, shows an official document, reports UNB.

CPGCBL officials said the Matarbari project would be an Ultra Super Critical Technology (USCT)-based power plant with 41.99 per cent energy efficiency against the average 34 per cent efficiency of coal-power projects.

CPGCBL officials said the power plant may require 3.73 million tonnes (Mt) of coal a year, which will be imported from Indonesia, Australia and South Africa through the Matarbari Port.