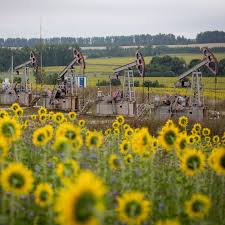 OPEC projects a systematic recovery for its crude this year and next, as the group has agreed on boosting oil output in demand since it was shattered in the pandemic. Producers will try to restore the capacity by increasing production by 400,000 barrels a day. The Organization of the Petroleum Exporting Countries (OPEC) was founded in Baghdad, Iraq, with the signing of an agreement in September 1960 by five countries namely the Islamic Republic of Iran, Iraq, Kuwait, Saudi Arabia, and Venezuela.

The United States controlled oil prices for a majority of the previous century, only to cede it to the OPEC countries in the 1970s. Recent events, however, have helped to shift some of the pricing power back toward the U.S. and western oil companies, which led OPEC to form an alliance with Russia et al. to form OPEC+.

“Looking ahead to 2022, risks and uncertainties loom large and require careful monitoring to ensure the recovery from the Covid-19 pandemic,” OPEC said in its monthly report, which contained the first detailed estimates for next year.

OPEC and its Russia-led oil-producing allies agree to restore the cuts they made at the start of Covid-19 regarding the bottles-up crude over the next two years. The demand has increased since many businesses picked up who needs the crude for their economies.

However, they have chosen to move gradually through modest monthly installments of new oil by the end of 2022 since the Delta variant has been spreading in the U.S and Europe, and uncertainty over recovery has been created.

The Biden administration has reached out to Saudi Arabia and the United Arab Emirates although they were pushing them for greener fuels for an energy transition. The output hike will “please the White House, which has worried … about the impact of higher gasoline prices on U.S. consumers,” said Helima Croft, the chief commodities strategist at Canadian broker RBC. Subsequently, U.S. gasoline price has increased for higher oil prices.

In its deal, OPEC+ committed to meet the amount of oil that it had omitted previously during the pandemic. The only other quick recovery producer was the U.S. but they have used the money into paying down debt that was raised from the investors.

The deal discussed on Sunday also could re-establish OPEC+’s reliability in the markets, beckoning a more disciplined method. Early last year, OPEC+ slashed 9.7 million barrels a day of its collective output, equivalent to about 10% of 2019 demand. It has restored about 4 million barrels of that.

The deal is “good for consumers in the short term,” said Robin Mills, chief executive of Dubai-based consulting firm Qamar Energy, though he and other analysts expect price pressure to remain as demand builds. “The market will be tight this summer,” said Giovanni Staunovo, a commodity analyst at Swiss bank UBS.

The group said it would reassess market conditions in December. The deal goes into effect next month. The cooperation between Saudi Arabia and the U.A.E. mended the clash between two of OPEC’s closest traditional allies. So, it is hoped that the plan will soon succeed and they will be able to reach the recovery amount.