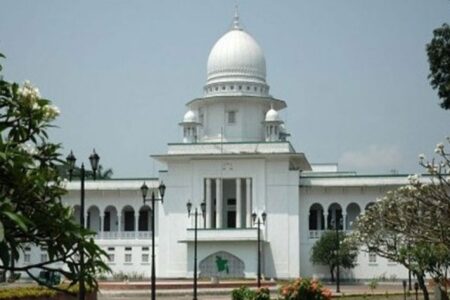 Bangladesh’s top court has ruled that the Arbitration Act does not apply in cases where the arbitration is held in a foreign country. Accom Travels and Tours Ltd sued Oman Air for Tk 780 million after its agreements with the airline were canceled by the airline. Further proceedings in the matter are now delayed until the parties’ disagreement is resolved through arbitration in Oman, as agreed by them. The case has been returned to its original file and number.

The High Court (HC) has declared that the provisions of the Arbitration Act 2001, with the exception of sections 45, 46, and 47, are not applicable in cases when the arbitration is held in a foreign nation.

However, there was a disagreement between the parties. As a result, both agreements were canceled by Oman Air.

The plaintiff incurred a significant loss as a result of the termination, and Accom Travels and Tours Limited issued a legal notice to Oman Air, requesting a set sum as compensation for the loss of business and profit, but received no response.

As a result, it filed a lawsuit against Oman Air in the First Court of Joint District Judge, Dhaka, seeking compensation in the amount of Tk 780 million.

After hearing the parties, the Court below rejected the entire claim on the grounds that it was not maintainable. Accom Travels and Tours Limited preferred this appeal because it was aggrieved by the rejection of the suit followed by a decree.

Because the case contained legal problems, the Chief Justice convened a bigger bench to hear it.

The provisions of the Arbitration Act 2001, with the exception of Sections 45, 46 and 47 , are not applicable in respect of arbitration held in a foreign nation. Thus except for the power of the court involved to take interim measures under section 7A of the aforementioned act, which may only be invoked at the stage of enforcement of the foreign arbitral judgment, the provisions of sections 7, 7A, and 10 cannot be employed in such a scenario.

As a result, the challenged judgment and decree in the Money Suit issued by the First Court of Joint District Judge, Dhaka, are thus set aside, as is the verdict.

“The case in question, Money Suit No. 12 of 2015, has been returned to its original file and number.” However, in the exercise of the Court’s inherent competence under Section 151 of the Code of Civil Procedure, further proceedings in the aforementioned matter are now delayed until the parties’ disagreement is resolved through arbitration in Oman, as agreed by them,” the judgment added.

“It appears that, by the agreements, the parties have not only agreed to resolve their disputes through arbitration in Oman, but they have also agreed that their agreements shall be governed and construed in accordance with Oman’s law, and that the Court in Oman shall have exclusive jurisdiction,” the court observed.