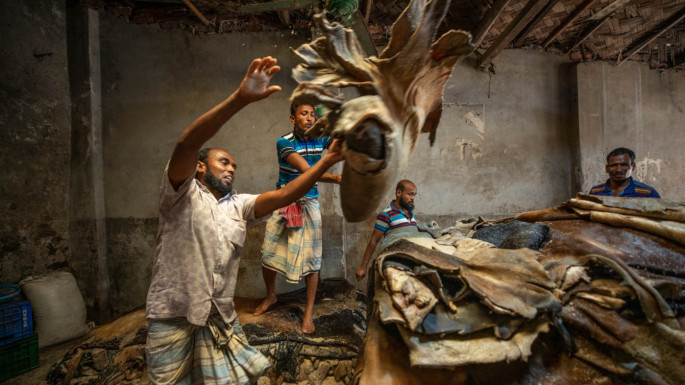 The central bank has published a circular on the extension of loan rescheduling till 30 September and asked the default tanners to file applications with a 2% down payment with their respective banks.

According to the policy introduced by Bangladesh Bank in January, banks were allowed to provide rescheduling and one-time exit facilities to the tannery owners that have already relocated to Savar.

To resolve the problem, the central bank issued the easy loan rescheduling policy along with five types of facilities to the tanners. The first facility being that, the tanners who are unable to continue the business can repay the loan with an additional 2% down payment but their interest would be waived. Tanners who are able can repay the loan can also repay it with 2% down payment on their loans.

Additionally, the loan repayment time has also been rescheduled to 30 September, which was originally set for 31 March and later extended to 30 June. The Central bank in the circular in 22 June said that the application time has been extended due to the uncontrollable pandemic situation. It has also been extended for the upcoming Eid-ul-Adha as most of their rawhide comes from the ritual sacrifice of the livestock.

Other than this, the central bank said that the respective banks of the tanners would be able to decide about the interest waivers based on their relationship with the clients. They would also be able to sell collateral assets through prior approval of the borrowers if needed because the original loans and investments cannot be waived at any cost.

On top of that special facilities for the tanners might be arranged by the banks who want to continue their business. That is , they can reschedule their loans for upto ten years with a year’s grace period with a higher interest rate of 9%.

This new rescheduling facility is even available to borrowers who have already availed it earlier. But violating banking rules and regulations can hinder the lenders from availing of this facility.

There are other annulments to the loan rescheduling facility. That is, if a tanner fails to pay six monthly installments, or two quarterly installments, the facility would be revoked. However, installments paid before the scheme introduction, would not be counted as  down payments.

However, the tannery factories which have secured loans with forged documents or illegal means would not be entitled to get the loan rescheduling or exit facilities.

This website uses cookies to improve your experience while you navigate through the website. Out of these, the cookies that are categorized as necessary are stored on your browser as they are essential for the working of basic functionalities of the website. We also use third-party cookies that help us analyze and understand how you use this website. These cookies will be stored in your browser only with your consent. You also have the option to opt-out of these cookies. But opting out of some of these cookies may affect your browsing experience.
Necessary Always Enabled

Performance cookies are used to understand and analyze the key performance indexes of the website which helps in delivering a better user experience for the visitors.

Analytical cookies are used to understand how visitors interact with the website. These cookies help provide information on metrics the number of visitors, bounce rate, traffic source, etc.

Advertisement cookies are used to provide visitors with relevant ads and marketing campaigns. These cookies track visitors across websites and collect information to provide customized ads.

Other uncategorized cookies are those that are being analyzed and have not been classified into a category as yet.