The Globally Autonomous Theory (Sui Juris) is gaining popularity for arbitration which basically means that arbitration is a private procedure mostly based on agreement between the parties, which has nothing to do with national law and national legal system. International community supports arbitration as it is a business demand. From time to time different International Convention has been adopted and Model law has been issued and same has been ratified in such a manner that gradually arbitration is partly delocalized and became international law to a large extend. In practice, national law hardly plays any role on arbitration proceedings. In recent years in cases like Société Hilmarton v Société O.T.V (1995), Himpurna California Energy Ltd. V. P.T. (Persero) Perusahaan Listruik Negara (1999), Salini Costruttori S.p.A. and Italstrade S.p.A. v. Kingdom of Morocco (2001) Arbitral Tribunals has taken bold steps by denying application of national law, where the seat for arbitration were located. In addition, the award has been enforced in case of Hilmarton in another country, where loosing party had asset, defying not only the national law but also national enforcement procedure of the seat. International laws and procedure may soon replace the supporting roles now played by local court with some kind of uniform system.

As per latest trend there is no scope for binding arbitration by a Tribunal composed by a statutory commission, who will finally adjudicate a dispute between parties. Besides, law cannot force the parties to an arbitration which is composed of arbitrators who are not selected by the parties themselves. This is contrary to the very concept of Arbitration.

It’s clearly narrating the tribunal as “Arbitral Tribunal”, although Arbitrators are appointed by the commission without need for consultation with parties. T his form of adjudication internationally sometimes refers to as “adjudication”, where the parties enter into a non-binding adjudication process as per the national law requirements. In such process, statutory institutions try to amicably resolve the disputes. If the said procedure fails parties are at liberty to commence contractual and binding arbitration proceedings by appointing arbitrator as per their agreement.

As per our Arbitration Act 2001, section 12 clearly defines “the parties are free to agree on procedure for appointing arbitrators/arbitrator.” On the contrary, section 40 of BERC Act of 2003 states “Notwithstanding anything contained in the Arbitration Act, 2001 (Act No. 1 of 2001) or any other Act, any dispute arising between the licencees, or licencees and consumers, shall be referred to the Commission for its settlement… ” Further section 40 (5) states, “Award or order given by the Commissi on shall be deemed to be the final.”

There is nothing wrong in statutory initiative in solving disputes by appointing arbitrators of their own choice. However, such mechanism is not arbitration but mere adjudication. It cannot be binding and final as this will be leaving no scope for the parties to refer the matter to an Arbitral Tribunal properly constituted. This undermines the concept of arbitration, fair trial and also is in restraint of trade and business. Hence amendment of law in this regard is urgently required. 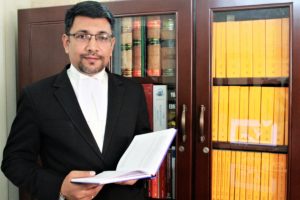